Eric Harlow, director of alpine programs at Sugar Bowl Academy in Lake Tahoe, has been named the new head coach of Colby College men’s and women’s alpine skiing. In his more than 20 years of coaching elite athletes, he has developed and led teams and individuals who have consistently excelled at junior levels, top-ranked NCAA teams, the U.S. Ski Team and international teams. 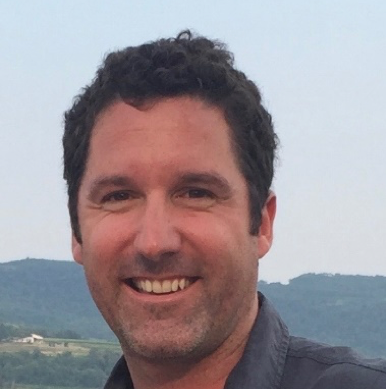 “Eric has made a significant, positive impact on countless athletes who have competed at the highest levels,” said Vice President and Harold Alfond Director of Athletics Mike Wisecup. “He has established himself as a leader in recruiting and coaching alpine skiers competing for regional, national, and international championships. I could not be more excited to have Eric lead our alpine programs in pursuit of an NCAA championship.”

Colby alpine skiing competes at the National Collegiate Athletic Association (NCAA) Division I level. The team concluded each of the past three seasons ranked in the top 15 nationally and is well-positioned to become one of the premier alpine ski programs in the country.

“I’m humbled to have been selected as Colby’s head coach,” Harlow said. “The combination of Colby’s rigorous academic program, extraordinary facilities, and deep commitment to competing at the highest levels in all areas make this a truly unique opportunity.”

Early in his career, Harlow was the women’s development team coach for the U.S. Ski Team, taking talented skiers, including three-time Olympian Megan McJames, to the World Junior Championships in 2006. Later, in 2007, he joined the Stratton Mountain School in Vermont as head women’s coach, where he developed multiple U.S. Ski Team athletes, including 2018 Olympian Alice Merryweather.

In 2012 Harlow became the head alpine coach for Burke Mountain Academy in Vermont, where his athletes continued to excel and progress to the U.S. Ski Team and colleges with the strongest alpine skiing programs in the country. A year later he became the Eastern Region development director of U.S. Ski and Snowboard and led the team to a Region’s Cup victory at the U18 U.S. National Championships in 2015.

Tracey Cote, Colby’s head coach of Nordic skiing, is eager to begin working with Harlow to compete in the NESCAC and at the NCAA Championships. “Eric’s experience coaching athletes at the highest level of U.S. skiing will quickly benefit our ski program,” Cote said. “He is well known throughout the ski community for his creativity, work ethic, and sustained success at multiple levels.”

Harlow has a bachelor’s degree in history from Colby-Sawyer College in New London, New Hampshire, where he competed on the ski and baseball teams. He is also an alumnus of Gould Academy in Bethel. He and his wife, Catherine Blanchard, have a one-month-old daughter, Mia, and 20-month-old son, Jacques or “Jack.”

“I am extremely excited to lead the Colby alpine ski programs to become the most sought after Division I program in the country,” Harlow said.

24 more coronavirus cases have been detected in Maine

These are the types of businesses reopening in Maine today

June 1 morning update: The latest on the coronavirus and Maine